ven before the World Cup begins and knowing that selection will lift the trophy at the end of the tournament already some people have every reason to celebrate. This is the case of accounting firms, auditing and services such as EY (formerly Ernst & Young). For these firms, the games are much more than a football tournament. They represent an effective opportunity to generate business shows that have the ability to serve customers and provide every kind of service demanded by a mega event. To increase its visibility, EY adopted a new strategic positioning since the Pan American Games, held in 2007 in Rio. 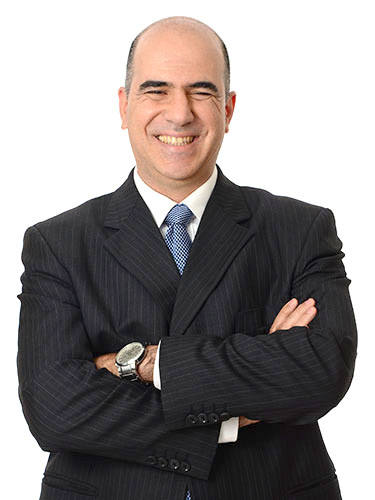 “Our idea, from then on, was to be identified as a center of excellence in the conduct of mega-events. We want to meet all economic segments and use the events as business developers, “said Mark Nicolas [photo], managing director of consulting EY.

About the World Cup itself, the company attended clubs and several cities that are preparing to receive selections.

In stadiums, EY has served as the preparation of financial feasibility studies into the arena of Manaus and the reform of the Beira-Rio in Porto Alegre.

Already by the side of the private sector, the firm received inquiries from companies interested in taking advantage of the World Cup to reinforce your brand in the country.

Even before the World Cup start EY is already thinking about the Olympics. The company is one of the sponsors of the event and provides consulting services to games since 2012 in the areas of management support, planning, organization and financial management, sustainability and Information Technology.

Another of the five giants of accounting, auditing and consulting firm that managed to turn the World Cup into a good business opportunity was the BDO.

In Brazil, where the flag was inherited by Raul Corrêa da Silva, name historically linked to the Corinthians, the firm has become a reference in the sports segment.

“The main demand we have received relate to negotiations involving naming rights (use of name right) and businesses they want, somehow, to explore services in new arenas,” says Mauro Johashi, responsible for sports management Area BDO .

Professional observe that the demand for services that have focused on the games is old and often.
“Since the announcement that Brazil would be hosting the World Cup in 2007, worked for several companies that decided to come to the country,” recalls Eric Waidergorn [photo], International Consulting director of Ewaider Moreira.

“Most of them operates in the provision of services ranging from web hosting, Information Technology the contractors.”

Alexandre Pierantoni, a partner at PwC engaged in the forefront of the mergers and acquisitions area, has much the same opinion.

“Back then, the World Cup was a major trigger and influenced the arrival of many investment companies and the country.”