Home News Oil in Brazil: Earthquakes and Drills Deep In The Ocean Might Have Caused Spillings
201911.27 1

Over 2,000 km of contamination on the Northeastern beaches and offshore on the Ocean Coastline in Brazil. Some might say this was a disaster that happened because of a ship that didn’t warn the terrible occurrence in an oil tank vessel travelling on the Atlantic Ocean. Others suspect this was a kind of eco-terrorist attack coming from Countries or NGOs that are not happy with current Brazilian Policies regarding environmental protection. 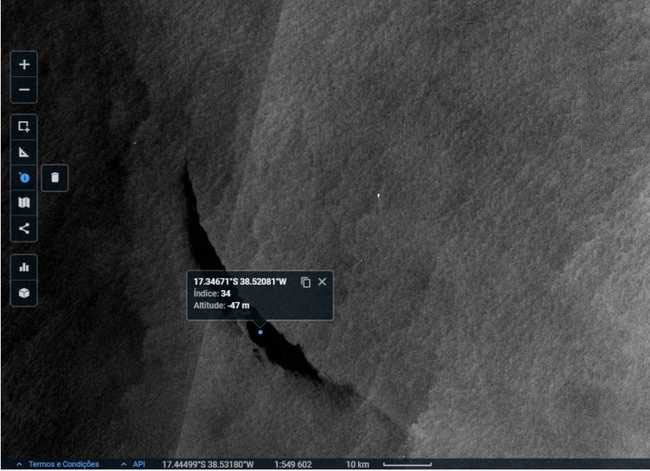 Tests made on the oil that was found on Brazilian beaches resulted in more doubt. The conclusions are that this type of crude petroleum is not produced in the Country. And also that the spilling might have occurred because of a leaking ship. Other theories have come up, but one thing that makes people raise their eyebrows is that how could a spilling that occurred distantly in the Atlantic and could have currents flowing through to any part of America could just be directed to Brazil intentionally?

Not only Northeastern beaches

The reports are that the crude oil spots have also been found on some beaches in the Southeast already, and in Mexico! So everyone is just wondering how far is this disaster going and also for how long. Did you know that there are rumors on the Internet and even Scientists saying that the crude oil spilling was actually caused by Earthquakes?

Meteorologist Humberto Barbosa of Universidade Federal de Alagoas (UFAL, Federal Alagoas University) said that there is too much oil leaking. Also the characteristics of the oil seems to be from an underwater source. The area is also exploited by Petrobrás with drilling but this happens without any problem, right? Many are joining the drilling exploitation in the region with the fact that earthquakes have been registered actively in that same area.

This amount of oil is not in a proportion that would actually go unreported, even with a “ghost” ship because there are severe consequences to the natural life in general. Turtles, fishes, reefs, etc.; is a catastrophe without any quick fix for it because it is such a huge area.

Could the oil still be leaking?

Until the actual cause of the spilling is discovered we can only hope that it will diminish until stops the contamination and all beaches are back to normal again. While Brazilian authorities can’t come up with an answer, citizens of all the coastal territories afflicted have been collecting tons of thick sludge with their own hands to help cleaning the place. 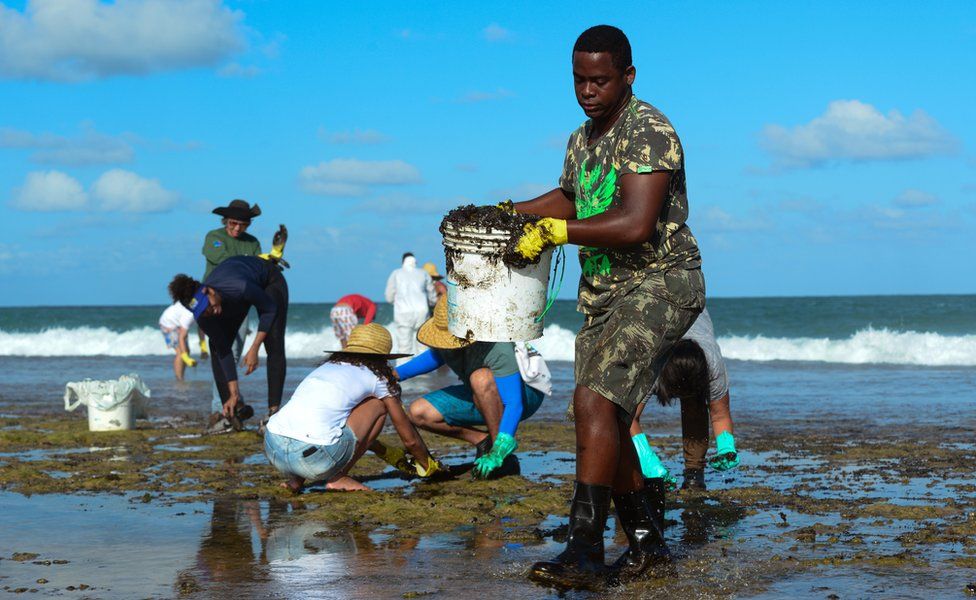 People are going to the beaches in order to help clean the Ocean and save animals from the oil.

There is actually almost no reason to think that a foreign ship would go under an oil spilling this huge without even reporting it. But this would be a less “evil” scenario because if the spillings are actually caused inside the Ocean we would not know for how long and when it would stop.

We want to know your opinion on this regard! Do you think this came from a ship or is there another cause inside the ocean that might explain this scary and strange event? Don’t forget to like our post and share to all your friends this terrific natural disaster in Brazil and how people are trying to clean the beaches literally with their own hands.