Another investments round with China made $100 billions in State Resources to the Government of Jair Bolsonaro. Pequim’s Government also implied that there are plans to expand credits through its Banks to Brazil. Meetings that occurred between both Countries during the latest weeks gave signs of a Economical cooperation that might benefit both Countries.

This Tweet came out just days after Brazilian President Jair Bolsonaro and Xí Jìnpíng met for conversations regarding cooperation between both Countries in Brazilia. So, many specialists in Economy are relating the statement to the Economical controversy and indisposition that both Countries have been facing for decades.

Many are considering that the conversations between Brazil and China are making US President not really satisfied. But Jair Bolsonaro said that Paulo Guedes was to make a phone call to Trump in order to explain the relationship.

Brazil is internationally known as a peaceful country in Political terms, and this is not only true when it comes to its culturally rich formation. The President is trying to expand foreign business partnerships with many countries and this are not related to ideology. Brazil would really make a good use of foreign investors with its natural, human capital. Its like the country just needs a little push and is not afraid of making alliances in the name of prosperity, despite old competitions and differences between cultures.

Our Minister of Economic Affairs, Paulo Guedes, is expected to solve the controversy regarding businesses with China. USA and China are not politically linked because the Country is still considered to be a Communist Republic. Even though, the current presence of international commerce in China offering prosperity is slowly changing the Country’s tight ideologies and it’s becoming slowly more democratic; and also available to invest in other Countries.

Brazilians are not actually worried with matters that are related to economic controversies in foreign countries because the culture is formed by all the Nations in the World, this might be such a good thing if properly used. We still continue to make business with the United States of America as well as with other countries that might want to invest in Brazil. 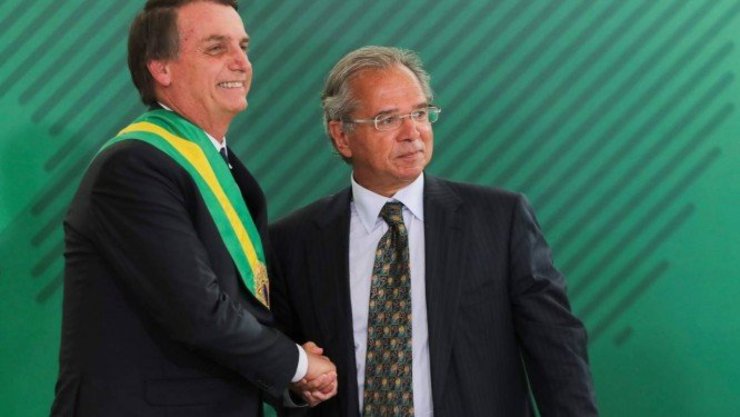 Jair Bolsonaro declared that his Economic Affairs Minister is going to speak personally to Mr Trump regarding our decisions.

Brazilian policies regarding foreign issues might seem controversial to many countries that are used to a past of extreme competition and ideological conflict. But our History already shows that we are a little more flexible with different ideas and cultures, willing to cooperate to International peace and Economical growth in all matters possible. We are with our best intentions at heart and mind, not only regarding Brazilian economical future but of all Nations.