USA and Brazil: Relationship is Stronger Than Ever

USA and Brazil: Relationship is Stronger Than Ever

A meeting between Brazilian President, Jair Bolsonaro, and US President, Donald Trump, is set today at Mar-a-Lago (March, 7th). The expectation is that both countries will sign important military agreements. The meeting will also be the first dinner between both Presidents after their encounter in March last year, during the G-20. At the occasion both didn’t have any dinner scheduled together, and there has also been a brief meeting in September 2019 at an UN General Assembly.

The Brazilian President agenda will take place from today (Saturday, March 7th) until Tuesday, March 10th. Both countries are considered to be the two largest Economies within the Western-American Hemisphere. They share a trade relationship that bilaterally is estimated in $100 billion. All expectations are that the meetings will advance liberal democracy and also strengthen Brazilian Economy. We are already one of the greatest partners of the US in terms of commercial relationship. 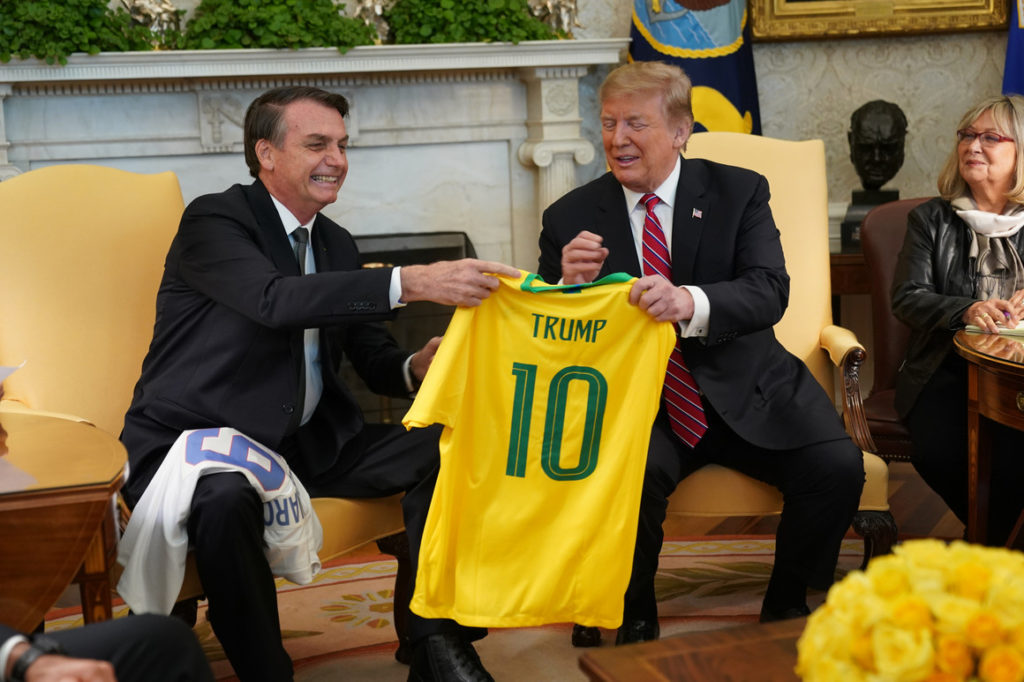 The Economic partnership between US and Brazil for the sake of prosperity in both nations.

The US will support an immediate invitation for Brazil to initiate in the OECD. But not only that, we will detail below a small list of the actions that are already beginning between Brazil and the US:

The security cooperation between Brazil and the United States is long-standing. We can expect an expansion of the collaboration on addressing issues such as illegal weaponry trafficking and also related to illegal drugs or security technology. Our cooperation with the United States of America has never been stronger and this might indicate a total shift in the streams of thought in Brazil. Brazilians say that they are already feeling that the country is changing for the better not only economically but ideologically.

In this article we talked about the current visit of Brazilian President, Jair Messias Bolsonaro, to the United States. He is going to stay in the US during 4 days and will have meetings with President Trump to strengthen the cooperation between US and Brazil  in every area possible. Did you like the information we shared in this article? Don’t forget to like our post and share the news with all your friends through the Social Media channels!