The historical deal was signed last Sunday (March, 8th) while the Brazilian President was travelling to Florida for meetings with the American President, Donald Trump. The arrangement received the terminology of Research, Testing and Evaluation Project Agreement or RDT&E. According to statements contained in the original document of the Agreement, the objective is to:

develop joint future projects, aligned with the mutual interest of the parties, including the possibility of improving or providing new military capabilities

A ceremony came about so that this partnership should be official

Before March 8th, there were rumors that an Agreement could rise up between Brazil and the US. But now we know that officially; there has been public statements and evidences that the historical relationship between the US and Brazil is becoming closer. The RDT&E Agreement has been signed by the Brazilian President, Jair Messias Bolsonaro, the Lieutenant Brigadier for Brazil, Mr. Botelho, and the Fleet Admiral of the United States of America: Craig Feller. 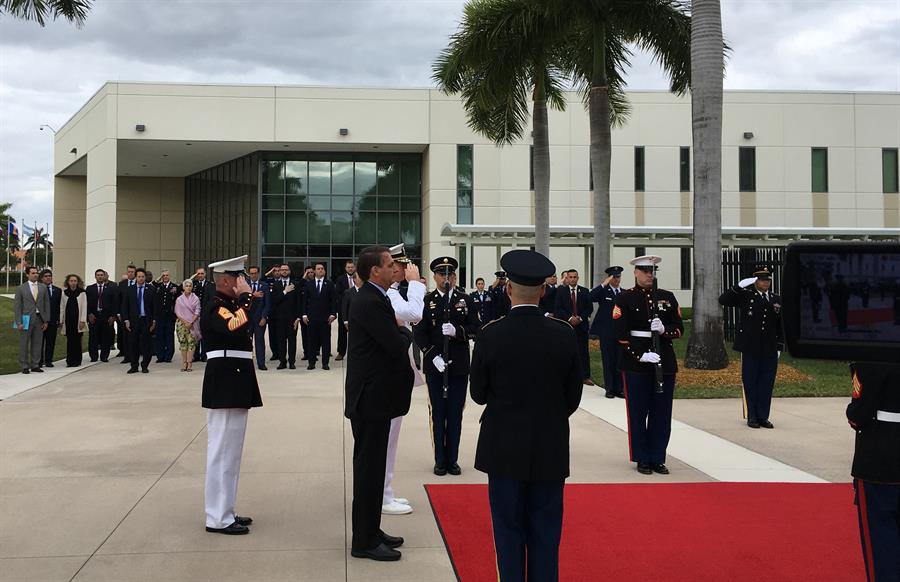 The Ceremony for signing the Agreement between the USA and Brazil counted also with other important personnel from both Countries in the military. This shows an ideological support of the bilateral cooperation efforts that has been occurring since Bolsonaro’s election.


What will the defense Agreement actually do for Brazil?

The United States is probably the most advanced nation in terms of military power and intelligence in the whole world. So, a cooperation agreement would be beneficial to Brazil in terms of exchanging research projects and new technology in many different areas. Also, many widespread technologies today have been firstly developed for military purposes before, one real example of it, is the Internet that had been primarily developed by military intelligence.

According to declaration made by the Brazilian Ministry of Defense, the main objective of the agreement is not only military. We are also seeking to open the path for both governments to develop future projects. The projects are expected to be useful for both Counties and the political alignment with the greatest Economy in the World is definitely very important to Brazil.

In this article we discussed the latest Military Agreement between Brazil and the United States of America. This is a historical mark not only to Brazil but for the Economy of both countries. Did you like the information we shared in this article? Don’t forget to follow Ewaider & Co for more awesome Brazilian related news. Please, also share the news with all your friends interested in Brazilian Politics and Economy.