The reason for releasing a video that showed Brazilian President, Jair Messias Bolsonaro, very upset and saying some curse words about the situation; and the economical crisis created by the covid-19 pandemic, was a supposed attempt to interfere in the Federal Police. In Brazil, there was a controversy related to this subject that even involved the resignation Request of former Minister, Sérgio Moro. After a period of tension created by the Brazilian media and some pressure that was related to questionable reasons coming from the Supreme Court to release that video, we all saw it in Brazil. The only thing that video showed after all was an angry President in the cabinet meeting, not an attempt to interfere or any wrongdoing. 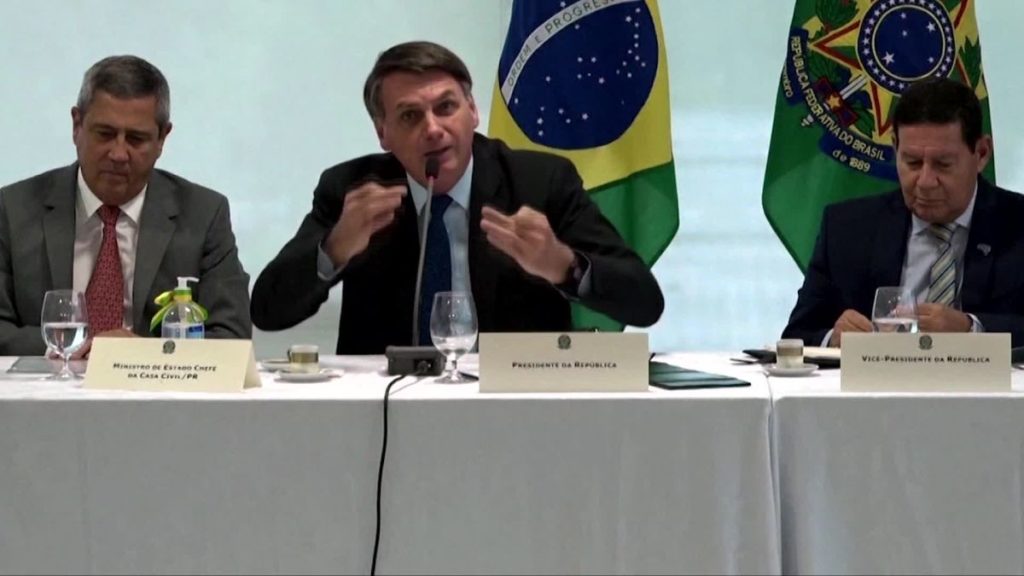 All that was clear in that meeting, that was not to be released, was a President upset with the fact that he was feeling politically persecuted and this might be true.

Cursing words in Brazil compared to former proofs of corruption

Many Brazilians know that other politicians and even Presidents were related, not only to accusations of corruption but also moral decay. They were actually openly involved in the moral dismantlement of the Brazilian culture, pushing agendas that were connected to questionable values leaving people feeling even more disappointed. This is why many Brazilians don’t like what the mainstream media is spreading about Jair Bolsonaro. A large part of the population was actually feeling angry enough already to start saying things on the Internet and feeling the same way that the President was feeling in that meeting. So if we compare that, you can actually check why Brazilian citizens won’t feel that there was a single reason for calling for an Impeachment process. We already had two in our History and a political turmoil that seems to be a permanent shadow in Brazilian politics unless we also draw the line for this to stop. And of course, many powerful sectors in Brazil are not happy with the fact that Jair Bolsonaro is in power and are trying to push an Impeachment process based on whatever they can.

Privacy, Democracy, Impeachment and the cell phone of Jair Bolsonaro

There is no way how to invalidate a Government based on subtle and uncertain accusations. The President, whether you like him or not, was democratically elected and it is completely improper to act in ways using the State rig to preclude his governance. Specially because this is a clear violation of the privacy rights, not only of the President personally. The Defense Minister, Fernando Azevedo e Silva, declared that his is very worried about the tension between political powers in Brazil. According to him:

And not only institutional, but also the privacy of every Brazilian citizen because it would open a huge precedent in our culture. General, Augusto Heleno, said that this kind of situation in unthinkable because if Jair Bolsonaro’s cell phone gets apprehended that could have unpredictable consequences to the national stability. It looks as if there is no standard to create a situation for an Impeachment process against, Jair Bolsonaro, so some sectors in Brazil are trying anything even if it means to go beyond personal ethical standards when there is a need to meet an agenda.

In this article we talked about the recent political turmoil in Brazil and how actual Brazilian citizens are seeing the situation with Jair Bolsonaro and his enemies. Did you like the information we are discussing here? Don’t forget to follow us on our LikedIn page and share with all your friends interested about the current situation in Brazil.