How Did France Became The Country That Is Getting A Lot Of Terrorist Attacks Recently?

Home News How Did France Became The Country That Is Getting A Lot Of Terrorist Attacks Recently?
202011.02 1

How Did France Became The Country That Is Getting A Lot Of Terrorist Attacks Recently?

A History of democratic thought that defies religions

Whoever knows the history of France might have heard about the French Revolution that started a wave of secularism in the Country. But during the latest Century we are seeing a movement that is not actually related only to Islamic Countries, but there is general increase in connection to conservative waves of thoughts that are related to some religions. But in France there is a kid of a polarization between this secular sometimes even atheist views of the World. And this will include criticism and caricatures of religious important Historical figures. In this same pot you might want to include the increase of immigrations of a crescent Muslim population, that is trying to fit in and live their lives normally. And there is an increasing exclusion of migrants, creating also a climate of hostility that is related to the lack of jobs too. So we are seeing an increasing Muslim population in France that might feel excluded and yes somehow disrespected. 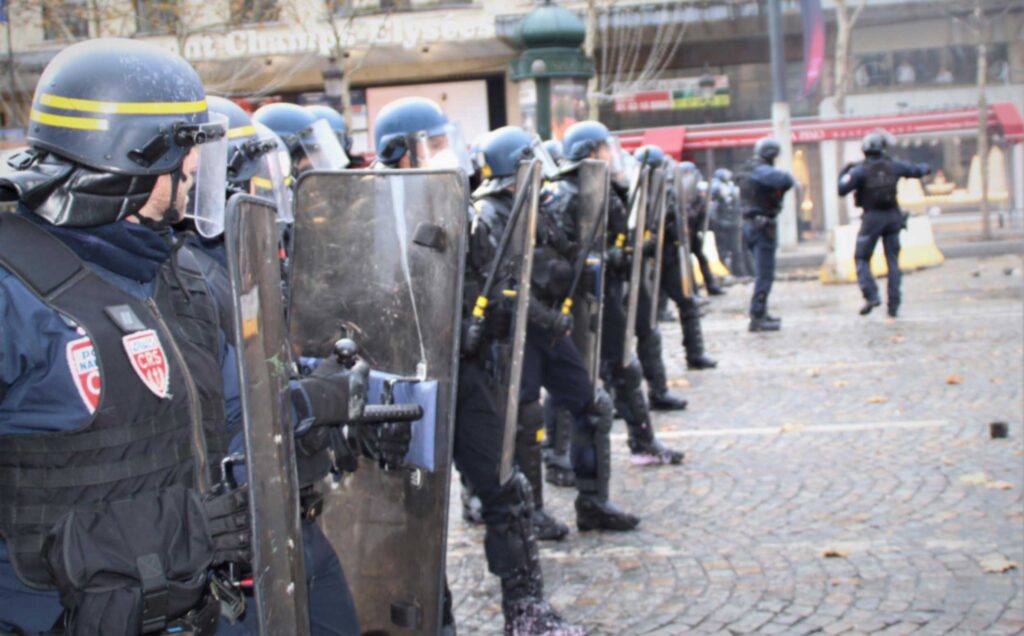 How can a country that has been considered historically the model of Democracy in the World has become a controversial regime that might be increasing in political polarization and also on terror attacks.


Can we say and do anything just because we live in a democracy?

Would you take your ideas of freedom aside and starting thinking from another perspective, putting yourself in the place of another person? That has his(her) own belief system, a culture that might have thousands of years and needs to be understood and sometimes, yes respected. Would you feel comfortable if someone that has your greatest respect, such as Jesus or Greek philosophers such as Socrates and Plato. And if they would be portrayed in a tone that has a tint of mockery in it? In Brazil during the last year we had a polemic situation with a Netflix Christmas video that was portraying Jesus Christ as a homosexual. Many Christians in Brazil felt offended and started an online spree of YouTube videos, posts on social media and other types of mass communication means to publicly declare that they felt that was too much. Many cartoons that were reasons for terror attacks in France were actually associating Muslims with terrorism and had other racist underlying meanings. So from this perspective we might think if is freedom of expression giving the right for the wrong type of activities such as mockery, increasing racist ideas and other questionable values that can increase hate and feelings of oppression? Would it be possible for professors and artists to get attention from the public without touching such sensitive nerves? The population is already politically sensitive, feeling oppressed and disrespected so why fueling the fire with such “artistic” productions”? There are many ways that we might be able to show that we support freedom of speech without touching such polemical subjects, and also discussing about it without disrespecting historical figures.

The anti-riot law by Emmanuel Macron could generate more violence?

The law is expanding further more the powers of the French police against possible terrorist threats. The right to protest in France is also being object of undermining by law, not only because the situation with it on the streets of France was almost uncontrollable. There is an exponential growth in the rates of unemployment not only in France but also throughout the whole Europe. We can consider that employment is an issue also in the whole world, but in Europe with an increasing immigrated population the hate starts to grow towards those minorities. Because they are considered cheaper labor opportunities in the market that is always looking for more profit. This generates reactions from the Europeans, used to their labor rights established since the 1800s.

In this article we are discussing the situation of terrorist attacks in France that is becoming a problem more frequent in comparison to other European countries. We are talking about what could be behind it, such as hate against minorities, employment difficulties, the current pandemic situation and political issues that are related to freedom of speech and religions. Did you like our current post? Don’t forget to follow our page on LinkedIn and check the most interesting international topics of discussion in the World.