Battle For The American Presidency Might Not Be Over Yet

Home News Battle For The American Presidency Might Not Be Over Yet
202011.22 1

Battle For The American Presidency Might Not Be Over Yet

There is a claim that a political fraud is going on

The current USA President and his team are trying to prove that there was a fraud going on during the 2020 elections. An actual recount is already happening in some States for checking if Donald Trump really was defeated. The rumors were from people that were working in the election had ballots that were counted for Biden, when there were actually votes for Trump; and dead people voting! As funny as it might seem, some political advocates of Donald Trump are playing on Social Media saying that even Michael Jackson voted in this election. Jokes aside, many Americans and even people living in other Countries believe this election had dubious results. 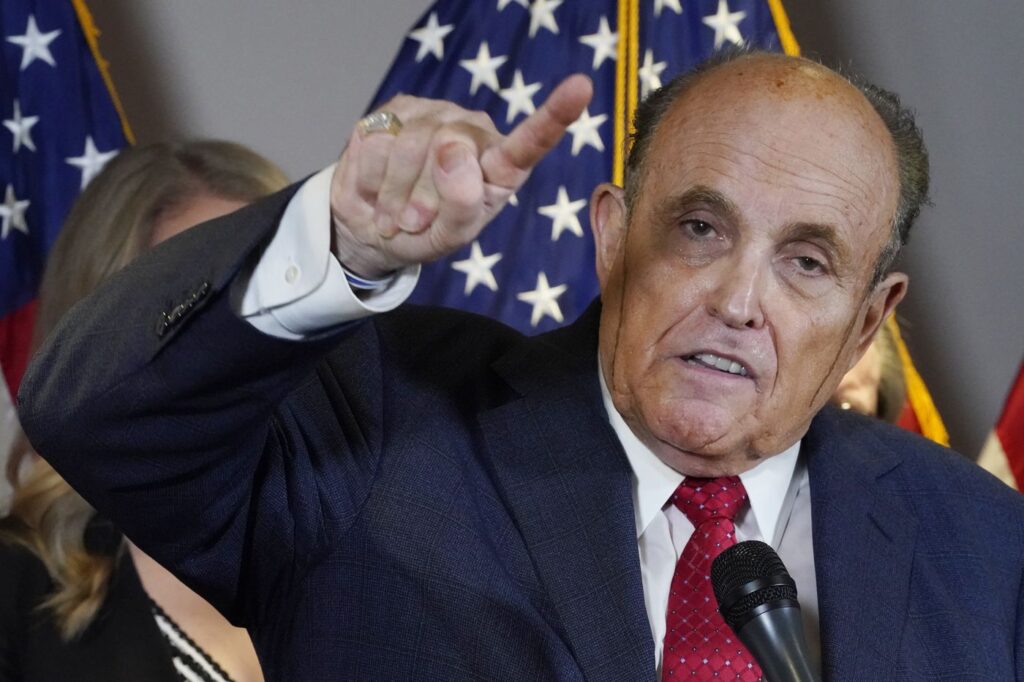 Trump’s Legal Team is debating a possible hacking of voting machines. Though it might seem difficult to have happened, it is not impossible. But it is up to the people interested in proving these facts that the the poll was really hacked to give Biden a victory.

Claims of conspiracy that are unprecedented

Since the verdict was for the Democratic party, Trump has taken steps to undo the results of the election. The election was supposed to be a Democratic process but rumors of conspiracy are prowling the USA political scene since the early 2000s. There has also being things spoken about a “Deep State” of shadowy interests. Those stories seemed to be right out of a fictional Book of distopic future. As unreal as it seems, people seem to be believing on those stories specially after current events, resulting in lockdowns and economical recession. One thing that only the so called Conspiracy Theorists would be discussing about. So, why now people are talking about a possible fraud on the elections that is involving registers of voters and hackers attacks? In a possible leftist conspiracy that connects Democrats to many other movements in the world that are linked to Dictatorial regimes.

Among the Republicans there is a dangerous division

The polarization inside the Republican party about the current election is actually related to the personality of Donald Trump. He was a highly effective Business Man and went into politics recently, creating an impact in the recent American History. His personality is not pleasant to everyone in the Republican party, because he was already creating a turmoil actually getting rebukes of prominent Republicans. It is a fact and for the last four years we have seen that Mr Trump is not afraid of saying what he thinks independently of being politically correct or not. This fact is probably the most prominent reason for the rejection by his political colleagues.

Department of Justice was investigating Biden

Trump publicly urged the Justice Department of the USA to investigate a possible fraud on the usage of mail-in ballots. According to Trump supporters the current political situation in the United States is a falsehood that combines hacking attacks and conspiracies. The amount of pressure and political polarization is currently unprecedented in the country’s History. Now, the current President has not only rejected the results, he is setting up a Legal team to prove the illegality of those results. So we might be expecting changes within the next Months as the dispute over the American Presidency is not totally over yet.

In this article we are talking about the latest controversial events that are surrounding the American poll. The mail ballots resulted in the major engagement of citizens voting in the American History. But we are also witnessing a polarized scenario that might bring up some surprises. Did you like our current post? Don’t forget to follow us on our LinkedIn page for more International interesting news.