The Digital version of the Card will replace the paper document

Just a few days ago on December 15th, the Brazilian Senate has approved a bill that will determine the electronic registration of the History of vaccinations of citizens. The project was designed to be consulted and administered by the Public System of Health in Brazil (the well-known SUS for the Brazilians). The project will be assigned to the House of Representatives in Brazil and according to the author of the proposal in the Senate, the current method, which uses a paper card, is currently considered obsolete. 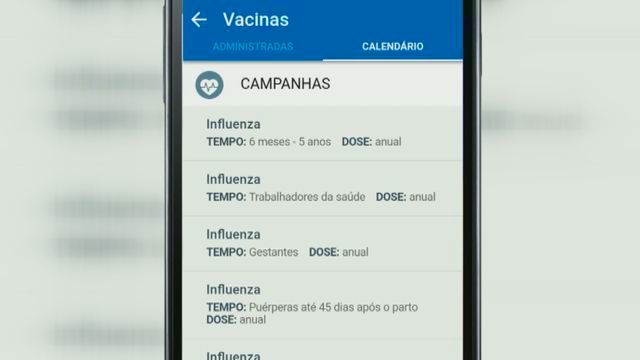 The same process of digitalization was already happening with other Brazilian documents, such as the Work Cards of citizens.

The paper version can be easily lost, which could be considered a problem in times of Health needs. For example, to travel to some places in Brazil or outside the Country, because people already have to present documents for their History of vaccinations. The Digital Vaccination card will also be a resource that will help in the development of an integrated system related to the Health data of citizens in Brazil. So the idea is that the Public systems, including vaccination-related and also the Medical records of citizens, will be digitally available. This would be an impressive way to interconnect data of the Health condition of citizens and improving the information that the Medical Doctors need to do a better attendance.

The process of digitalization is probably considered inevitable at this point in Time. And certainly, those Government related Apps will be important for preventing several problems that the paper versions have.


Digital Documents will be the new tendency not only in Brazil

In other countries, the loss or theft of Official documents can be a huge problem in the life of an ordinary citizen. With a system that can be completely integrated and digital, those problems might be solved. The medical information of one patient could be crossed and the Medical Doctor will be able to have access to Histories of vaccinations, allergies, prior problems, etc. Now the ideas that were already been discussed for a long-time in Brazil are starting to take place, so citizens are having easy access to those apps that are very necessary to many important tasks in their daily lives.

After the pandemic situation, this trend might be fully implemented faster

Of course that the transition to the digital version of documents was already in the minds of many Brazilian public administrators. Now with the current situation and the necessity of social distancing, digitalized systems to solve many problems were sometimes fully implemented. Apps were used for example, for citizens, to be able to receive, pay bills, and receive payments via cell phone. One of the most well-known examples was the App used by Caixa Econômica Federal to pay the emergency Aid for Brazilians. They could receive money and make transactions with the App, it served as a virtual card too which facilitated the situation preventing Brazilians from needing to go to the Bank to do many things.

In this article, we are discussing the latest decision of the Brazilian Senate to come up with a digital version of the vaccination Cards of the Brazilian. This was a trend that was already in place but certainly was speeded up by the current situation of social distancing. Did you like the information we shared here? Don’t forget to follow us on our LinkedIn page for more incredible news about Brazil and International affairs.