Top 10 Companies That Prospered During The Pandemic

Top 10 Companies That Prospered During The Pandemic

Big Techs were definitely the leading ones

The Companies that prospered during the pandemic were actually businesses that could adapt. So, the consequence of the losses of jobs was actually expected mainly for smaller businesses. According to a recent Washington Post article published about the subject on December 16, the situation plunged millions of people into poverty. The surprise factor came when some of the largest Corporations in the US started to present growing indexes and increase in sales, for example. Actually, according to economic analysis related to the US biggest Companies, 45 out of the 50 largest ones profited surprisingly since March.

In this article, we will not only discuss Technological Companies but also Pharmaceutical Enterprises and also retailers that offered alternatives for delivering necessities during lockdowns. You could consider that they were actually very helpful in keeping economies running. The big mark that remains inside people’s subconscious minds was that giant businesses became even more massive. This in the long-term could be considered dangerous to the free competition as smaller businesses had to close doors and most of them could not operate in the same manner. 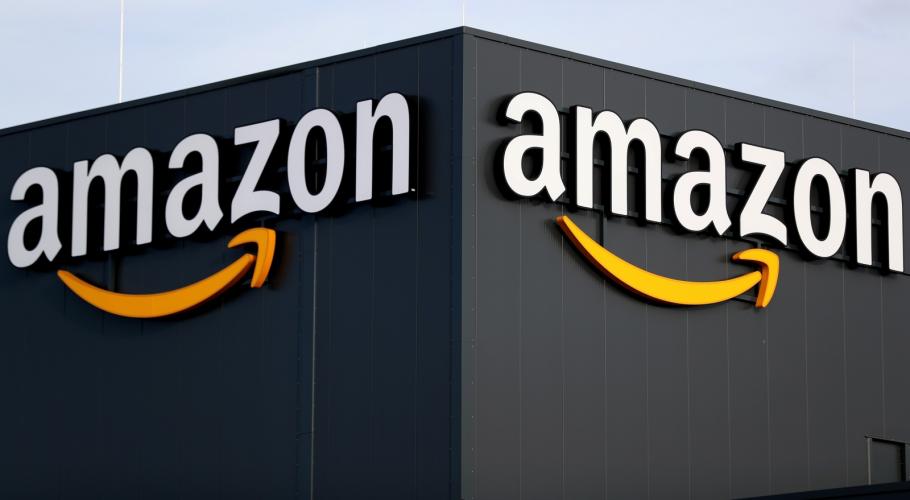 Headquartered in Seattle, the Company concentrates on selling all kinds of goods online.

A business that was already growing massively since 2017, and expected to go further within the next few years. After citizens were kept indoors to contain the coronavirus, the online giant has invested billions to be able to maintain its own logistics system running. But they reaped what they sow, by showing a record revenue in 2020 and still increasing. The Chief Executive is the notorious Jeff Bezos, that had declared to be willing to spend up to 4 billion dollars in the attempt to provide solutions against the virus.

The Microsoft Teams Application became a way for collaborators in many companies to get meetings, staying in touch, and keeping businesses running without social contact.

This Company deserves to be mentioned in second place because thanks to its technological solutions, many people were able to keep their jobs working from Home. More than 75 million people were using Microsoft Teams to work, to talk to their relatives, and communicating. So the market value of Microsoft is now evaluated at 269.9 billion dollars, as the Company is providing the majority of systems that serve as a backbone to so many Companies. But their profit streams also come from entertainment, as the Xbox Live Gaming Service has a record with 9 million players during social isolation. 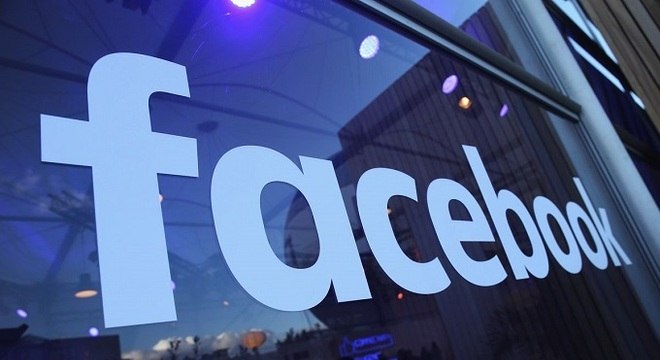 The advertisements in the Most Popular social network on the Internet also increased in terms of investments during 2020.

One of the major ways for Facebook to run their business is by selling advertisements. They operate as a big social media that is also able to create sales through content created. But the levels of engagement in entertainment also exploded on Facebook. People that are staying inside their houses are also trying to obtain ways to communicate with family and have some distractions. And now, the giant has launched an e-commerce platform that is promising, the Facebook Shops. So if you were curious about the situation of some big Companies during the pandemic, you can be sure that Facebook was among the ones which got more prosperous. 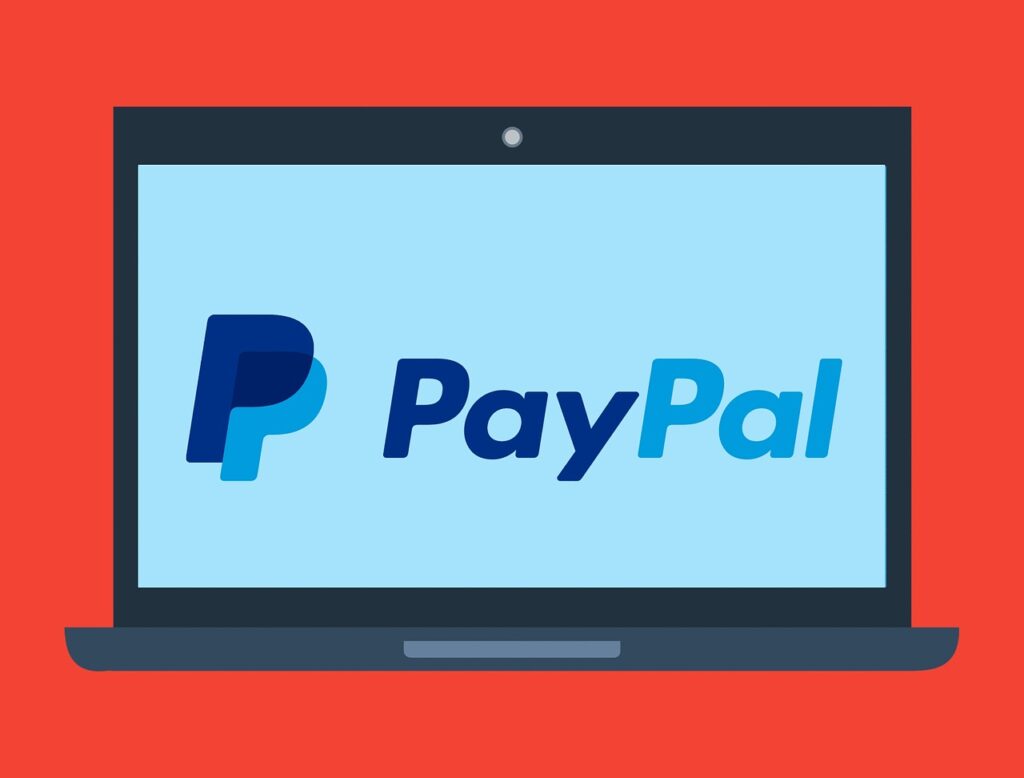 PayPal operates in the sector of Payments. For those who didn’t know it yet, the Company is considered one of the most profitable and stable for many years.

Did you know that this Company was actually a pioneer in the sector of online payments? But the market capital added to it during 2020 was reaching 65.4 billion dollars. Despite the situation which is creating unemployment everywhere in the World, PayPal has declared that it will invest 530 million in small businesses, especially those owned by the most vulnerable minorities. The system of payment offered by Paypal is considered one of the most secure in the world and is able to operate throughout the whole world. For sure this company which increased during the pandemic was one responsible for allowing the money to continue flowing even without physical cash. 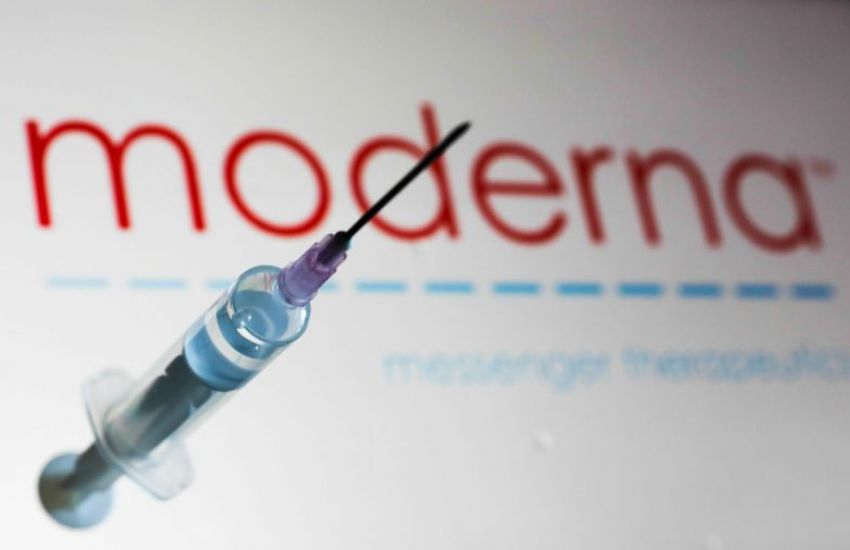 Operating in the pharmaceutical sector, the Company became well-known by the public after the development of a vaccine against coronavirus. So far, studies are coming out indicating the Moderna version of the vaccine is one of the more efficient and secure for vulnerable people. It was the first company from the US that showed a vaccine available for the public, starting their trials even during 2020. The technology is very particular because it is a mRNA related to covid-19 considered so far, with 94.1% of efficacy according to CDC studies (Center for Disease Control and Prevention). There is also the need for two separate dosages for its full efficiency. 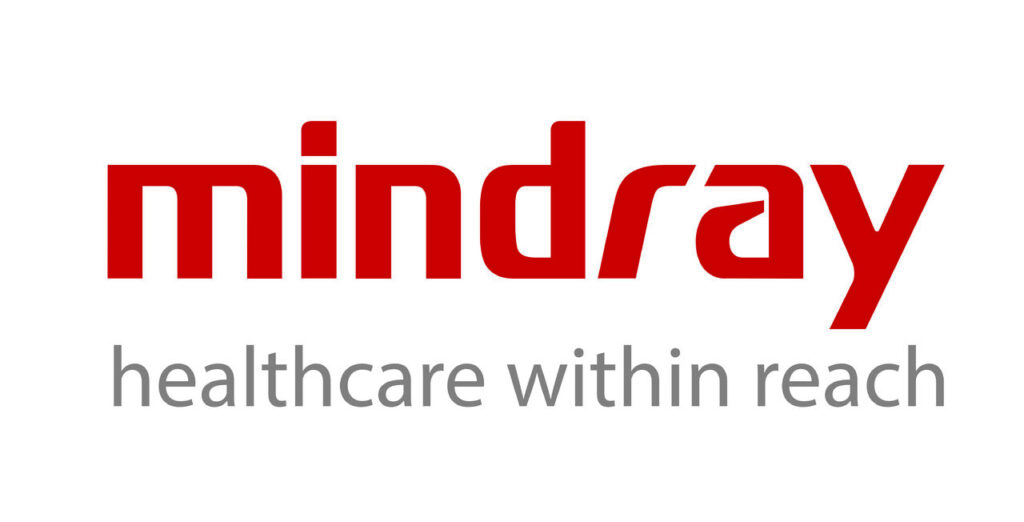 An advanced medical equipment supplier from China that grew because of the types of devices provided.

This is a company specialized in medical equipment, that had its market value increased by 53% this year. The amount in terms of dollars was 17 billion. They are manufacturers of advanced medical material and accessories for human and veterinary usage. The Company was founded in 1991, and currently is dealing with diagnostics technologies, patient life monitoring, etc. The medical devices include ventilators that were very necessary this year in many Hospitals, especially after the pandemic started to come up with more severe cases that needed advanced medical care. 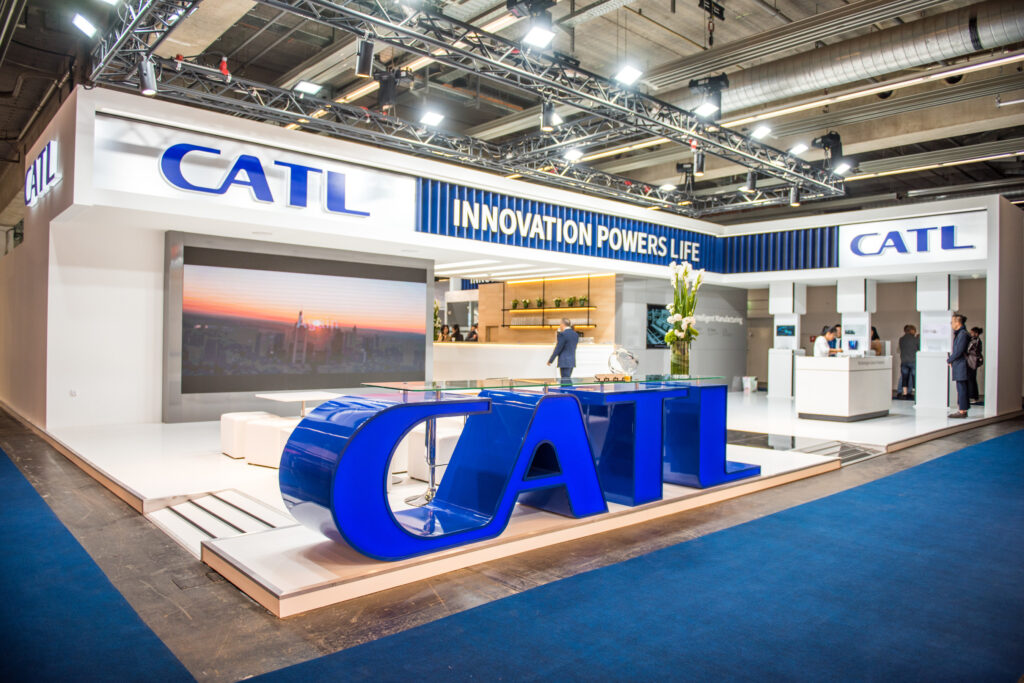 The Company is investing 1.8 billion of Euros in a battery plant in Germany for the fabrication of electric cars and vehicles.

This is another Chinese Company that had its marketing capital increased by 15.4 billion dollars. CATL is not into the business of pharmaceuticals and medicine. The Chinese group invests in automobile parts, especially in batteries for electric vehicles. This could be considered a glimpse into futuristic ideas for auto parts, and so far this Chinese is the largest manufacturer of such types of batteries. 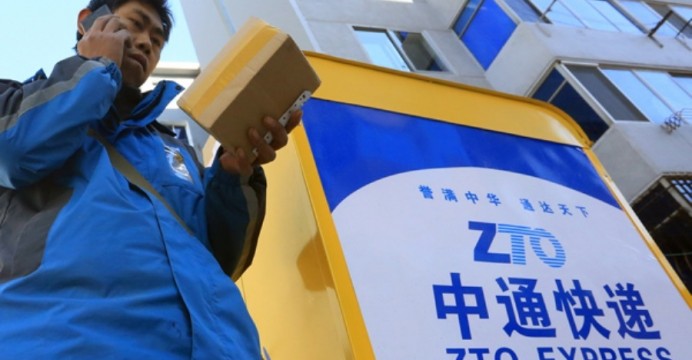 According to the Company’s Chairman Meisong Lai, the enhancement of the quality of the service in 2020 was higher than expected.

Founded in 2002, this is currently one of the most important logistics and delivery companies in China. Now, with the e-commerces receiving such boosts in 2020. ZTO is actually an express logistics partner to many important manufacturers in China such as Alibaba. This is a strong Company in its own field of expertise and along the decades of operations, it has been achieving an excellent reputation in the market. Of course that the problem of the pandemic gave it a kind of enhancement as businesses were basically running online, so logistics were essential services in 2020. 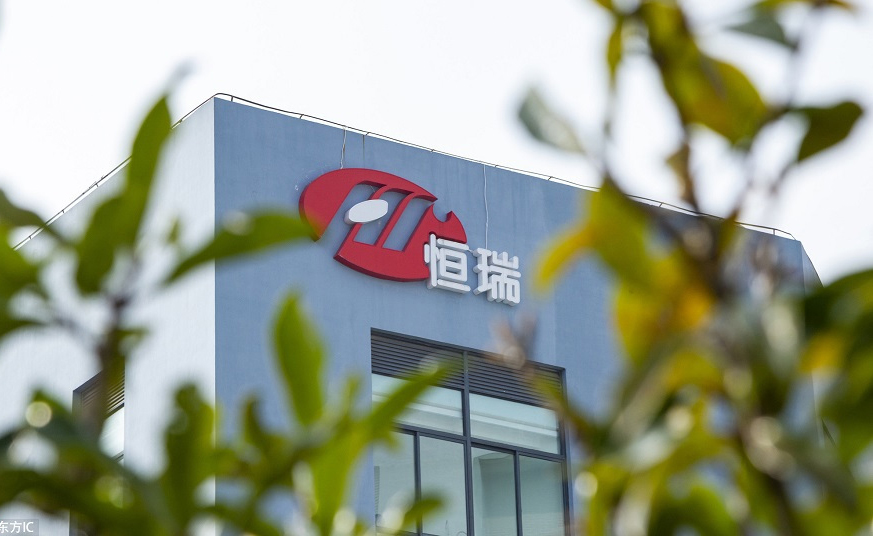 Another pharmaceutical group from China which that had a 50% estimated high in its assets in 2020.

This is another pharmaceutical company that had its capital increased by 50% this year. It is basically focused on oncology, drugs for diabetes, and psychotropics. The Business had a market capital evaluated in 10.3 billion dollars, and even if it didn’t have direct involvement in the development of vaccines is raising its market shares by producing high-quality medication for several problems that might also be related to covid-19 comorbidities. But, biotechnology is one of their areas and the Company is becoming a world-wide reference in pharmaceutical supplies. 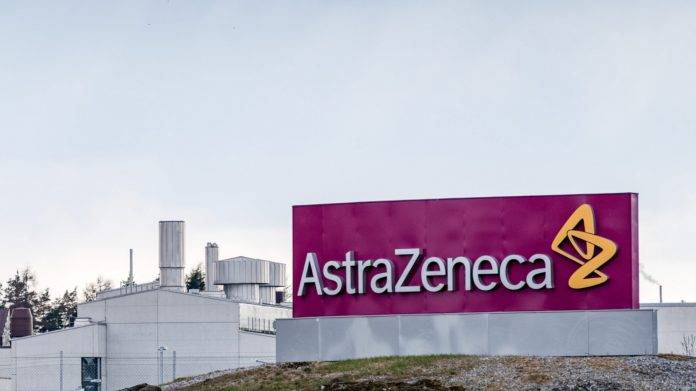 2 million dosages are expected to be sent to Brazil, from India, for the manufacturing of the AstraZeneca vaccine. This is the one that Brazilians are expecting the most, from all of the available in the world today.

Also, another company that became very talked-about during the covid-19 pandemic. The vaccine developed by AstraZeneca in partnership with Oxford is one the most trusted by the Brazilians. It has climbed to the top of FTSE 100 index because of the manufacturing speed possibilities. The funds for the fabrication of the vaccine were even secured by the US government in 1 billion dollars. This is another pharmaceutical company that increased its capital massively during the covid-19 pandemic.

In this article, we talked about some companies that had massive growth during the pandemic. The major complexity of our situation is not the fact that they had an increase and profited. It is until which limit could the possibility of profiting in a pandemic dealing with medication that is certainly effective but necessary. Could it be considered a borderline situation, because those huge Companies are actually getting massive with this human tragedy? And there is no going back now, many of us will actually be vaccinated and expect that this could be our chance and the salvation for many groups of people that are naturally more sensitive to covid-19.

THE WASHINGTON POST. America’s biggest companies are flourishing during the pandemic and putting thousands of people out of work. Available at: <https://www.washingtonpost.com/graphics/2020/business/50-biggest-companies-coronavirus-layoffs/>.